Why you don't need to compete to get promoted

It doesn’t matter where your career leads, there will always be competition. Not only because getting a promotion can be difficult to get without it, but also because many employers actually encourage ‘healthy’ competition to increase productivity and performance. But how ‘healthy’ is a work culture built on competition in the workplace?

Not very. While staff incentives might make us employees more productive in the short term, even seemingly positive bonus or commission based schemes eventually lead to negative vibes. In the long term, causing anxiety and leading us to become burnt out and isolated with little collaboration or communication.

Even if your employer isn’t able to get this balance right for you, there’s nothing stopping you taking the initiative to find non-competitive ways to shine at work. Who knows, that kind of alternative thinking might just be the thing that nabs you the promotion after all? Well, let’s get started shall we? Here are 4 reasons why you don’t need to join a pack mentality and compete to be the alpha dog and get a promotion at work. 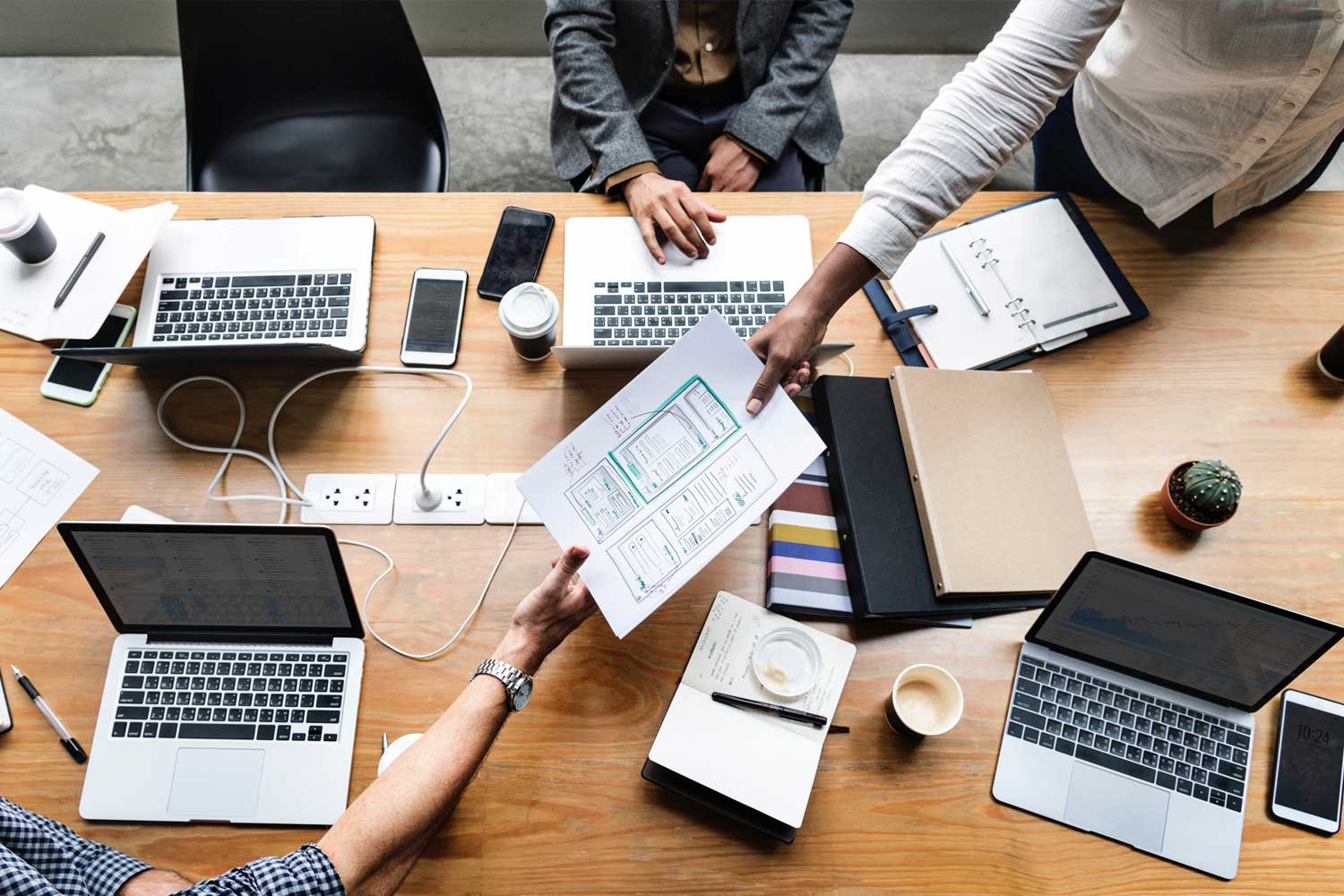 1. Let it go: not everything has to be a competition

Let’s not beat about the neatly corporate pruned bush, competition is not going anywhere. You can’t eradicate it. Instead you can focus on what you can control by changing your attitude towards it. Healthy competition can be positive in the workplace. Ashley Merryman, co-author of Top Dog: The Science of Winning and Losing, says competition can actually drive creativity:

“Whether professional musicians or school children, studies have shown competition fuels creativity and even improves the quality of the work produced. More than that, the skills that make you a great competitor – such as a willingness to push boundaries, trust one’s instincts, problem-solve – those are the same skills needed for innovation.”

We’re not naive, it’s no secret that there’s a dark side to all of this. As with most things, it should be done in moderation. But, the key to being able to embrace your workplace competition is understanding the difference between productive competition and competition that brings people – and by extension productivity – down.

The easier way avoid unnecessary competition is to just let some things go and not play along. Pick your battles, because there are some things that just don’t need to be competitive. Who cares who gives the first update in a staff meeting? Who gives a flying ferret who arrives first in the conference room? Turning everything into a competition only creates conflict. Just focus on what drives you and those brilliant results. Besides, it’s only a competition if you choose to play along.

2. Learn from others: your competitor could be your mentor

Industrial and organisational psychologist, Marla Gottschalk states that, ‘how you gauge your career has much to do with whom, you measure yourself against.’ She talks about ‘comparison others’ or the people that individuals choose as role models or mentors. These ‘comparison others’ are described as ‘upward’ – no, not taller than you! This is when the person you measure yourself against is perceived as having greater attributes. Be that, more intelligent, more attractive or more productive. And, of course, there are those that go ‘downward’, they suppose that their comparison other has a lower skill set.

It is these comparisons that we look at in times of doubt or uncertainty, like those triggered by workplace competition. Measuring our own qualities against others can often impact how we move forward. Yet, it’s way more subtle than we first thought! ‘Upward’ comparisons, rather than being difficult, can end up being informative from a self-improvement point-of-view. Or, even provide some much-needed motivation to get to the next level. The trick is to balance your choice – build a wider perspective of your skills. Gottschalk describes it:

“Build a 360 perspective of your skills. If you are unsure of where you stand, seek a number of sources. Be sure to include individuals that have the scope to offer an objective assessment.”

Choose comparison others that motivate you and possess skills that you wish to emulate. Heck, you might even be able to ask advice or get some mentorship support from someone you previously thought of as your ‘competition’. Once you are able to do this you are in a much better position to learn from your competition. Do not feel threatened. Ask yourself, what are they are doing that is successful – and then emulate like crazy! 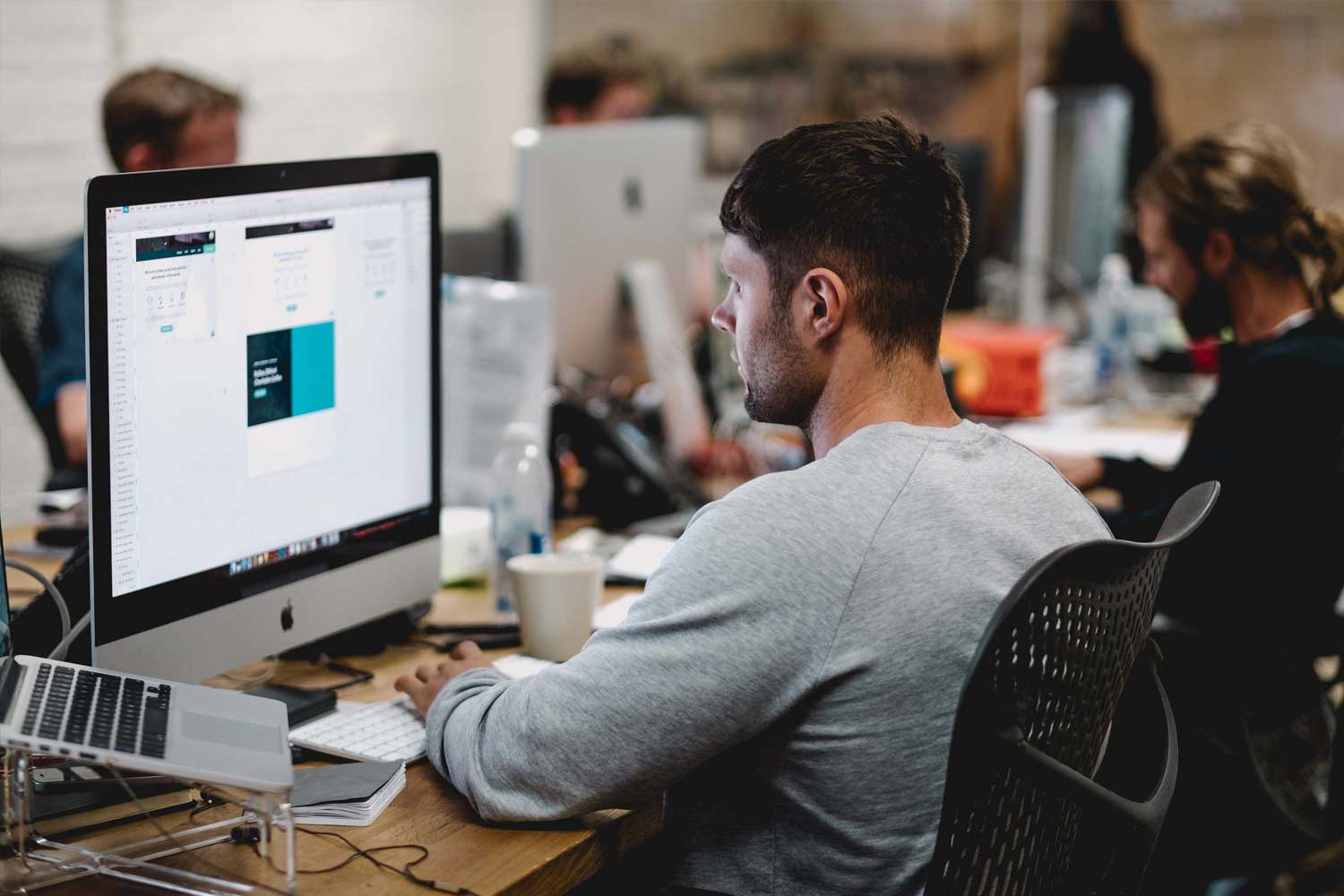 3. Bad vibes: too much competition is just not good for us

It is well known, that some competition at work elicits fear and anxiety. This is because employees  focus on the negatives i.e. reduced commission, being fired or humiliated. The same action often has a positive outcome that can help you to remove this competition can focus these same employees on a bonus or public recognition. This would create a sense of arousal, making people feel anticipation and excitement.

Now, anxiety and excitement are very different emotional responses. More important than that, though – these emotions make people behave differently. Harvard Business School have conducted several studies which show that when employees interpret their state-of-mind during a competition as anxiety they are more likely to be unethical. If they feel anxious or under pressure they are significantly more likely to cut corners or even sabotage colleagues. On the flip side of this, if employees interpret their feelings as excitement they are more likely to get creative when asked to solve problems.

Any incentivised employee can be productive – for a short time. But, as time progresses they are bound to become more anxious, suffer burnout or simply refuse to collaborate with their colleagues. Paul Baard, professor of Organizational Psychology at Fordham University says,

“Internal competition is also associated with extrinsic motivation and brings out a host of maladaptive behaviours, for example cheating and undermining others.”

These results make it obvious that it is how a competition makes people feel which plays an important role in how employees react. Negative consequences will – without a doubt – trigger anxiety, fraud and mis-selling. And, it is sales cultures that tend to adopt these types of negative ‘motivation’ competitions. The manager of a bank in West Yorkshire described his company’s weekly ‘Cash or Cabbages day’. Not a shining endeavour to promote cruciferous vegetables – but where salespeople that missed their targets were given cabbages instead of cash.

The stuff can really hit the fan when management starts encouraging this bad behaviour. Management can totally screw up good organisations by favouring aggressive competitors. By doing so they will demotivate those who are most critical to the company’s success.

A culture of in-fighting and mistrust is all that’s seen when colleagues feel like they are being pitted against each other.With competition in play the opposite happens. People hoard systems, information and support staff. In a toddler-like way they forget how to share resources, both physical and intellectual. Those who do see the solution to a problem keep it to themselves, right up until the time they can be sure it’s them who will get the credit. When people refuse to share – be it ideas or resources – it is impossible to get the best from anyone.

While competing with your colleague may seem like a great way to win that promotion, what you are actually doing is blocking the chance to collaborate and fully innovate for the business. Once everyone gets it, people can learn to pool these strengths and start moving towards a common goal. Some of the incredible things that will happen to employees with collaboration in place:

If you champion that and encourage collaboration, you will be the one that stands out and more likely to nab that promotion. 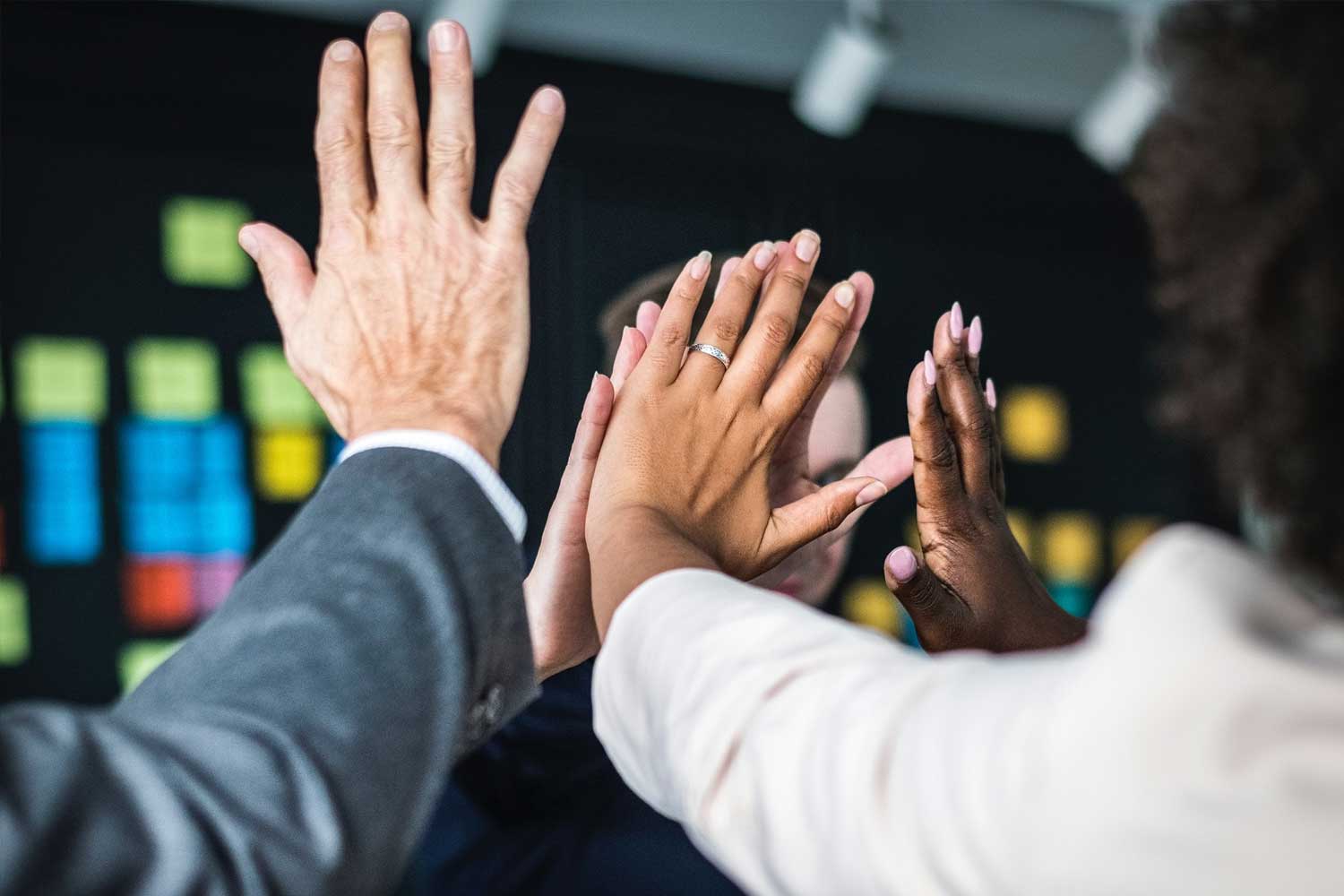 Flip your perspective: challenge over competition

A little healthy competition can be good. It has fuelled many major business successes. Even the British government runs an online creative competition to inspire innovation. And, that’s the key here – innovation. Thompson Reuters have created a ‘catalyst fund’ to encourage and support new ideas. Teams of employees compete to get their hands on the cash. They do this by presenting their most captivating ideas to an ‘innovation investment committee’. But, too much competition can be a bad thing – it kills morale, causes stress and fosters a culture in the workplace where colleagues readily turn on one another. The difference is in the approach, there’s a difference between being set a challenge and being pitted off against each other.

Either way, if you are after that next promotion it’s all about being the best that you can be without having to step on the people around you. After all, working together with your colleagues you are likely to break more ground for the business and prove your team working and leadership abilities in the process.

Ready to take control of your career? Why not start with our list of the best companies to work for in 2018?