What is causing the rising demand for women in tech?

Growing awareness of the gender gap in STEM professions is spurring a rising demand for women in tech.

But how did diversity in STEM (science, technology, engineering and maths) fall by the wayside? And was it always this way? Read on as we explore why there are so few women in tech and celebrate those helping to change this. 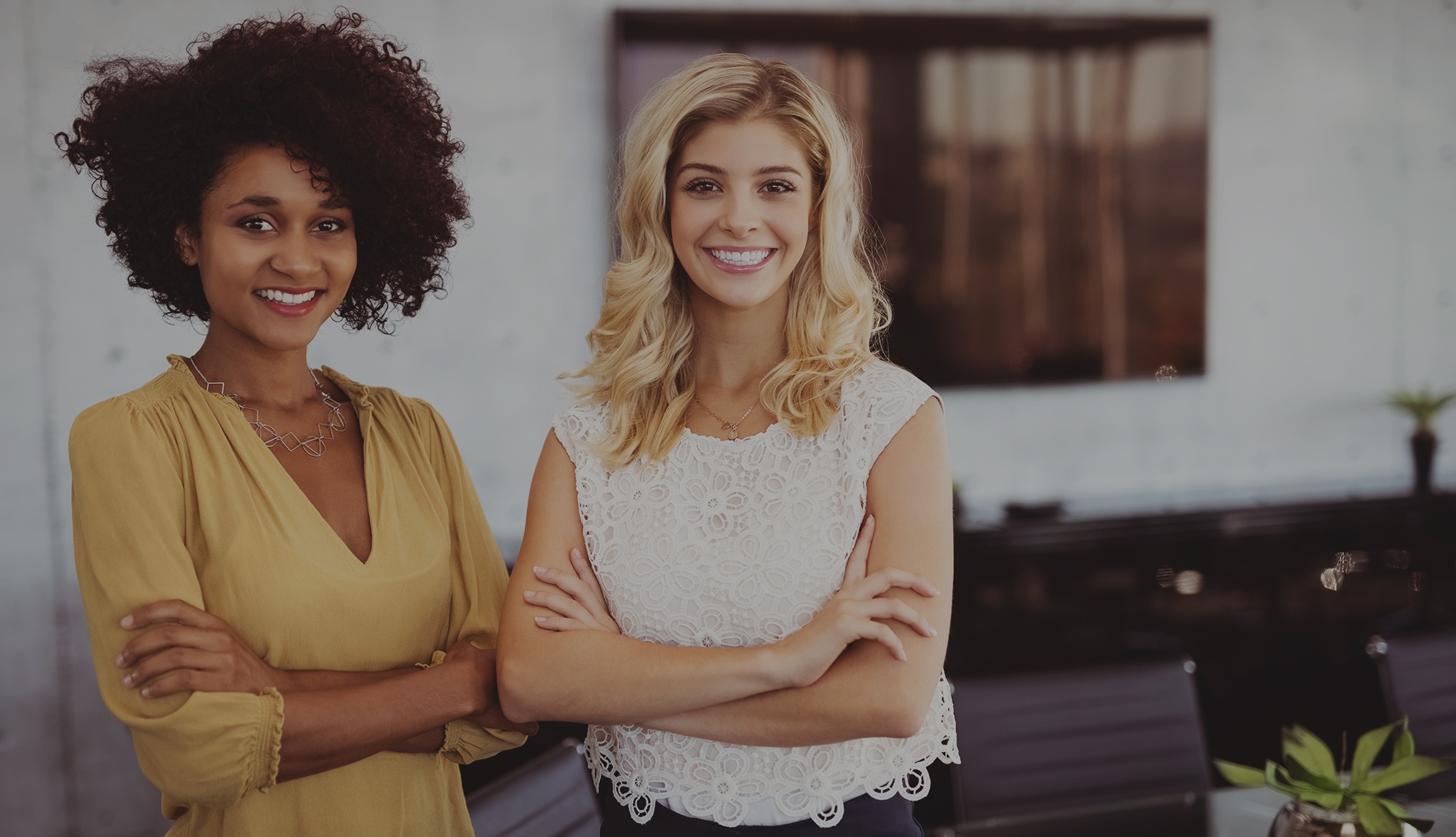 Where are all the women in tech?

There is nothing innately male about technology. Many computing pioneers were women, including the world’s first computer programmer, Ada Lovelace.

Women were heavily involved in the development of modern computing at Bletchley Park. Computer science used to be a subject that women studied in growing numbers.

Fast forward to 2017, and a diversity report by the British Computer Society revealed that only 17% of employees in the tech sector were female.

So, what drove women away from technology?

Something changed in the 1980s. The number of women studying computer science flattened. Women began to leave the technology industry in greater numbers than they were entering it. The tech sector rapidly became male dominated.

Stereotypes in marketing and the media

One theory is that this gender imbalance emerged because of the way personal computers were first marketed: as toys for boys.

Marketing is powerful. It seeps into the public consciousness and informs the stories surrounding a product. For technology, early campaigns targeting boys have meant that when people think of computers, they think of boys.

Popular eighties movies like Weird Science, where the male hero was a computer geek, reinforced these stereotypes. Gender stereotypes surrounding technology endured the nineties and still resonate today. Just take the IT Crowd, for example.

Not enough women in the pipeline

Naturally, children internalise gender stereotypes from the media. And this may impact which subjects they choose to study.

A report by Data Science Campus shows that only 35% of girls study STEM subjects beyond GCSE, compared to 80% of boys. This trend continues into university. A mere 25% of STEM graduates are women.

The gender imbalance in STEM education impacts the technology pipeline. Recruiters have a gender biased talent pool when it comes to filling roles in the tech sector. The result? Far more men than women end up entering the technology industry.

A growing body of research is showing the industry that gender diversity makes business sense.

Women-led companies have been found to perform better than those led by men. And gender diverse research and development teams are known to increase innovation.

Campaigning organisations, like WISE, have done much to raise women’s representation in tech. Event-led communities like She Says and Brighton Digital Women are springing up nationwide to support women to succeed in the sector.

Outspoken women in tech like Sheryl Sandberg, COO of Facebook, have raised the profile of the cause:

“No industry or country can reach its full potential until women reach their full potential. This is especially true of science and technology, where women with a surplus of talent still face a deficit of opportunity.”

As a result of growing awareness of the tech gender gap, more women are publicly sharing their experiences to support their sisters entering the industry.

Websites like Women in Technology are brimming with useful resources. Our own blog shines a light on why more women are needed in AI, shares insight from senior female industry figures, and discusses how to succeed as a woman in tech.

Why is the tech industry the right place for you?

Not only would you be battling gender bias with the potential to inspire a future generation of women but you would also be entering a sustainable and innovative industry. The tech industry is growing and companies are looking for the right talent to thrive within it.

The demand for IT professionals has increased by 28% year-on-year, according to the Association of Professional Staffing Companies (APSCo).  With employers unable to find the right talent to fill their vacancies, there is no better time than now to get certified and enter the job market.

What can we do to help?

At Learning People, we have noticed the gender gap and are always looking for ways we can help close it. In 2019, we hosted our Closing the Gap: The Future of Women in Tech event in partnership with Triangirls at Deliveroo HQ. We also attended the Women in Business Expo to host a stand and connect with women professionals from all walks of life. 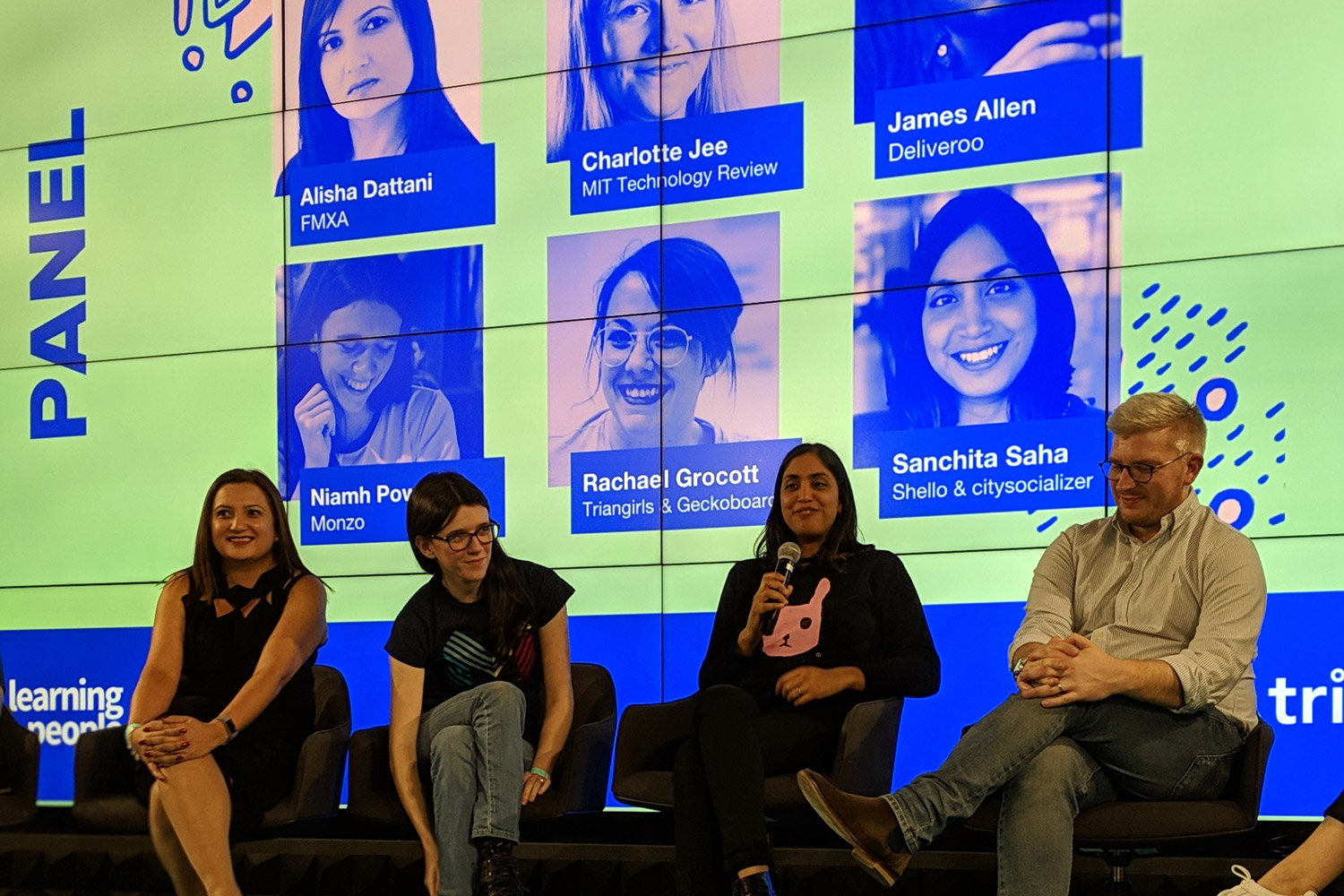 Pictured: Closing the Gap: The Future of Women in Tech event in partnership with Triangirls at Deliveroo HQ

In addition to spreading awareness, we continue to offer globally recognised certifications shaped with your career in mind.

Our career experts are on-hand to identify the best certifications to get you on track with your career goals and we’ve launched Career Services to focus on your employability. During your studies, you will be prompted to sign up to the service. This will give you access to a dedicated Career Services eBook, divided into 3 phases. Each phase will give insight into the jobs market with tailored support to guide your job search.

Get in touch with our friendly career consultants today to find out which tech career path will work best for you.