IT and Cyber Security

Adam joins Aon as a Security Testing Associate. This time last year Adam started his first IT role as a Helpdesk Technician on a 3-month contract before, moving on to EY and now Aon where he is specialising in FinTech Cyber Security.

Richmon started his first IT role in March and now moves on to Heidelberg Engineering in a 2nd Line IT Support Engineer role with extensive training, support and progression opportunities.

Simon has joined SDS Limited as an IT Support Engineer.

Mackenzie has been offered a new position after 7 months in the industry, as IT Support Administrator with Sequel. He has big plans to progress within the company and use his IT certs as a way to go even higher into Security positions.

Adrianna joins PeoplePlus as a Service Desk Analyst in a mainly remote role. A big change from her previous experience as an X-Ray Machine Operator and Driving Instructor.

Zahur joins AI Global Media as a Trainee Python Developer after changing careers from being a Pilot. Zahur, originally from Mauritius, was determined to land a job in the UK by October after his family moved over to join him here. Through diligence and support from Career Services, he has made this happen. 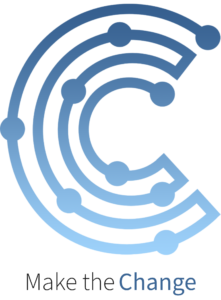 David completed his PRINCE2 Foundation and Practitioner and has become an International Central Marketing Systems Integration Specialist for Apple, after 2 previous promotions from Business Expert and Creative Professional within the same company in less than 2 years.

Sam is leaving the British Forces in Cyprus to join FDM Group’s Ex-Forces Careers Programme. He will get to work on projects for Government agencies or major transformation change programmes within Financial Service.

Thomas has been offered a Junior Post Production Engineer role with Ignition Creative and also has an interview to attend with the BBC for a similar role.